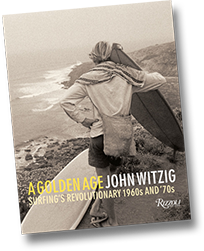 Most of these pictures have lain undisturbed, by everyone including me, for nearly 40 years. I’m not quite sure why there is a renewed interest in them – and it’s quite a surprise. Certainly these days the pictures are being viewed through a social documentary prism; they have attracted attention from far beyond the tiny world of surfing for which they were originally shot.